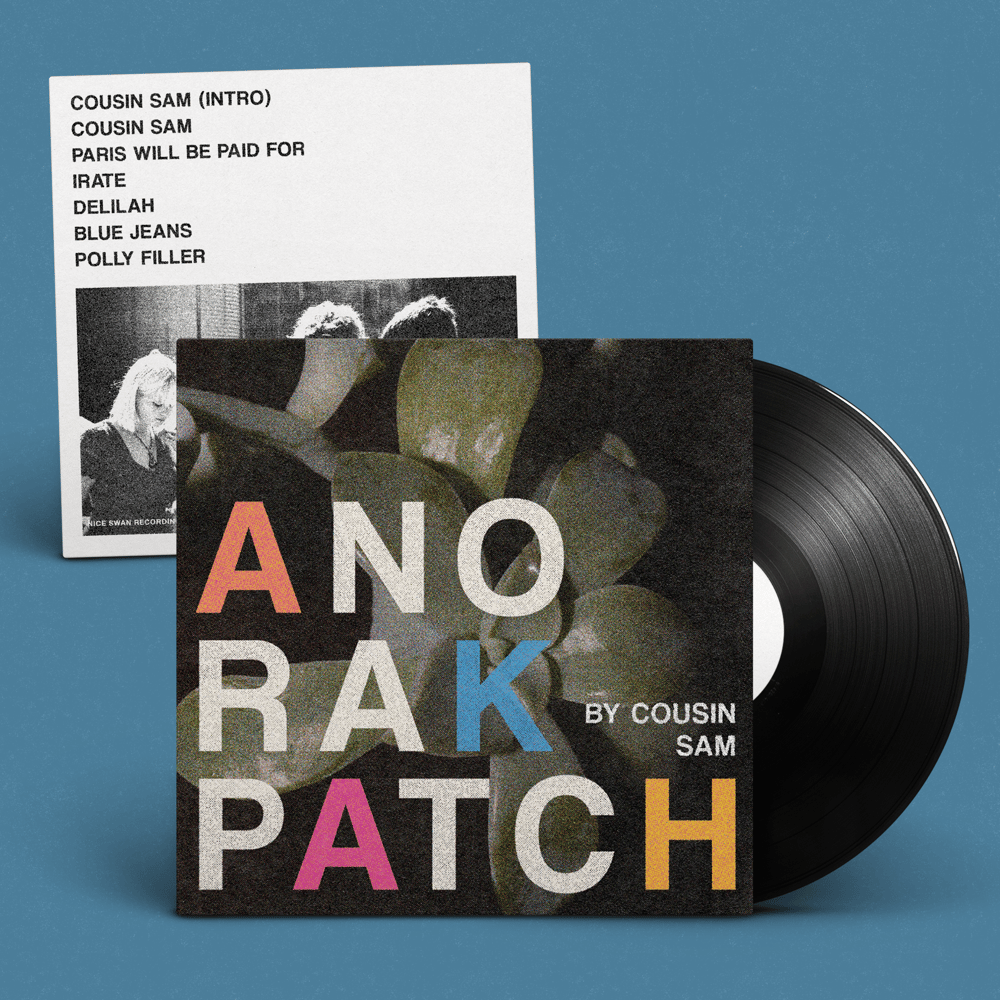 “[‘Deliliah] one of the best singles of the year: its combination of urgency, dissonance, vocal phrasing, lyrical empathy and a formidable rhythm section add up to something that’s incredibly powerful and instantly addictive.” -
The Sunday Times (Breaking Act)

Aged between just 15 and 18, Anorak Patch have been quick to grab the attention of tastemakers across the UK, and today they finally announce their debut EP By Cousin Sam that’ll be released on 29th April via Nice Swan Records - preorder here.

The Essex four-piece also share new single ‘Cousin Sam’ which is about burying your cousin at a funeral - a bleak topic that isn’t a reference to anything, set to an almost psych slow tempo with haunting vocals that end up erupting together. Effie’s vocals have been compared to that of The Pretenders, Blondie, and even early Bloc Party.