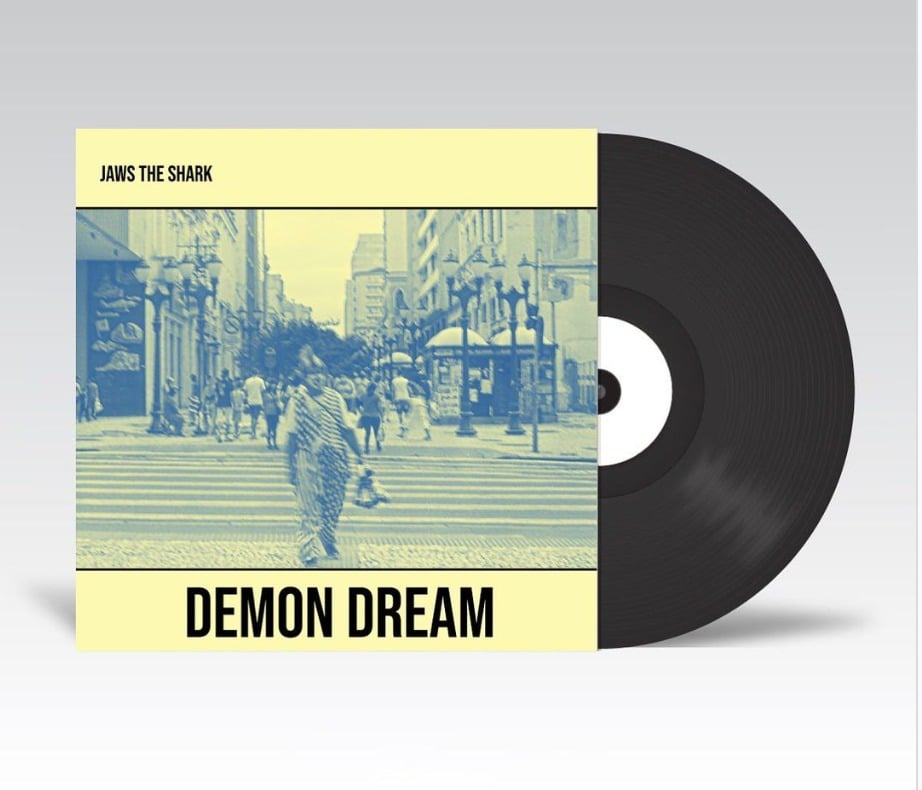 Jaws The Shark is the solo project of London based musician, Olly Bailey.
Formed in Spring 2020 after having escaped London and moved to the Devon Countryside, the idea of Jaws The Shark was one first conceived out of a mixture of frustration and boredom, during the UK’s first National lockdown.
It was here, that the endless and creative ideas that Bailey had been harbouring over the past few years, were afforded the time to be brought to life and to flourish. There are few acts emerging from the Capital with the same raw and captivating energy that Bailey has created with Jaws The Shark - A name taken from Bailey’s favourite television series ‘Peep Show’.

Side A. Demon Dream
Side B. Andy Gray

After signing with prominent tastemaker label, Nice Swan Records, along with significant support from the likes of BBC Radio 6 and Radio X, whilst also featuring as Jack Saunders’ ‘Next Wave’ artist on BBC Radio 1, it has given Bailey a wider exposure in recent times and allowed to help build upon the continuous forward trajectory and hype surrounding Jaws The Shark.

Jaws The Shark is sure to cement himself as one of the most exciting new and emerging acts of 2021 and with live dates now being filled quickly for the remainder of the year, it’s the perfect time to get on board and try to catch a glimpse of the shark in his natural habitat.